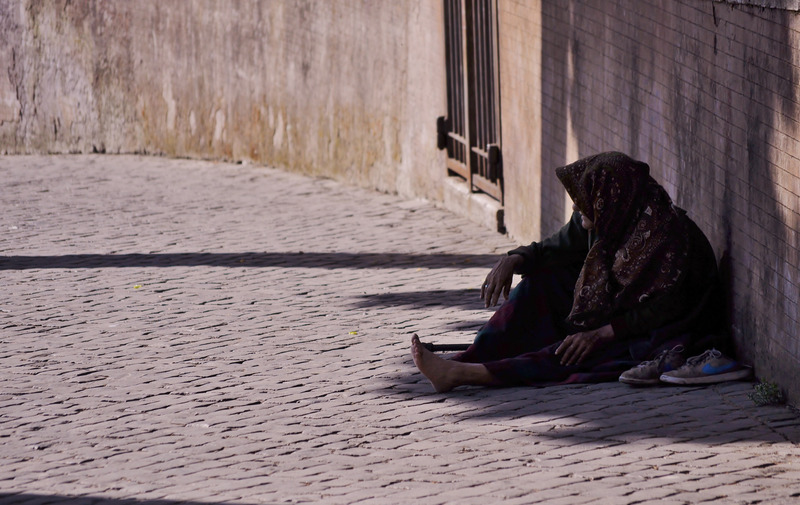 The debate has gone from social talk to a cause of concern even for activists and social welfare representatives but a justified solid conclusion is yet to be agreed on with some saying that giving beggars money might kill them. In contrast, others still maintain that these beggars need help and Ubuntu values require us to offer support where and when we can.

This publication released a story last week on ” A new breed of beggars” that has hit the streets of Harare citing the commonly used phrase “Excuse me, my brother, I am seeking your help, I have just lost my wallet, and I am in urgent need of bus fare to go home.”

I stayed in Gweru and Harare (Zimbabwe) most of my childhood and those familiar with the city will agree with me that a group of street beggars roam the major streets soliciting for any amount of money showing a sad face inviting passersby to empathize with them.

Meanwhile, in between the time of begging, they approach unsuspecting motorists who pull over to park their cars and do their business, and ‘demand’ a fee for guarding their vehicles. One might want to argue that they cannot pay for ‘services’ that they did not ask for but failed to pay, one risks getting his/her car scratched from the headlight to the rear with sharp steel or wire.

I witnessed a lot of incidents where these beggars snatched a packet or box of food in broad daylight. They sneak behind an unsuspecting person and grab whatever they want and in away. In order not to look like a fool in the middle of the city, the victims shy away and conceal defeat. Planning to retaliate might mean war against an army of street beggars, and as of who wins, well we leave that for another day (you might only win to get an empty box).

When I moved to South Africa, I thought I would find a different story. Street robots are characterized by beggars who ask for money from every car that passes or stops at a red robot. Some have banners that say “Give, and it shall be added unto you” while others say “In urgent need of help. Please help” or something that serves to invite empathy and make motorists feel sorry for the poor beggars.

My uncle once showed me a beggar in Johannesburg that he has seen for more than 20 years at the same robot every day. It is therefore likely that some are born by beggars, grow up as beggars, marry and master the trade, and die begging in the streets and at robots.

The crust of the matter now is whether to give these baggers money. Here, also comes in the question, do these beggars use the money for what they say, e.g. for food and shelter or transport? How far can society go in assisting street beggars? What does the government have to say about the matter, if at all, it is their business?

Remember the parable of the good Samaritan told by Jesus in trying to show what good-hearted man and Christians at heart should do. This reminds of good Christians virtues that drive humanity and Ubuntu, helping. With this in mind, we are invited to give money to beggars because it makes us feel good and because it is right. But does this mean the person you help with cash will not go on to buy drugs and end up killing themselves?

If we chose to define beggars as only needy people created in the image of God just like everyone else who do not have the privileges that others have in life, here, we are inclined not to be judgemental and never to think that they are either on drugs or taking alcoholic substances.

However, let us not overlook the chances that most homeless people and beggars have minor or severe mental illnesses that do make most of them unemployable. Some ran away from their homes where foster parents ill-treated them or did not want to work or go to school. Some are orphaned and have nowhere to go.

Auxilia and Kevin of Northcliff, Johannesburg, who have a joint charity organization with a few friends are of the idea that most beggars abuse drugs and alcohol as an escape mechanism as well as to treat their psychological issues. “The majority will sure use the money to buy drugs; this is why they never improve inspire getting more than 100 rand per day which is more than what some maids are getting for working 8 hours,” they added.

Auxilia said that if people stopped giving beggars money and gave them food and jobs or projects instead, we would have less to no beggars and homeless people adding that “beggars need to earn money not to get it handed to them every day under the fictional guise of needing food.”

Kevin also stood for the same notion and added, “I think the government should intervene on the matter. Authorities should come together and set-up projects and measures to get these people out of the streets. Look at the USA; unemployed people get paid. Development involves such things, and this is why the government and welfare departments should look into the matter seriously.”

I also had a chance to speak with a brother before just before I sat down to write this article and he had this to say, “At least if you give him the money he won’t have to steal for his addiction. These guys who beg are better than thugs who wait in the shadows of the night to rob innocent people to cure their addictions.”

That most beggars are not asking for money because they are homeless but are spending the money on heroin and crack cocaine or dagga, a substance which eventually kills them could be correct, but what then shall we do? What will happen to these homeless people if we stop giving them money for ‘food’?

Are we not disregarding Christian and Ubuntu virtues if we neglect the suffering and homeless? Are we not killing them if we give them money to buy and abuse drugs? By giving them money, are we not showing a younger generation that they can survive without education or even having to work but by just standing in the street and begging for alms? What then shall we do?