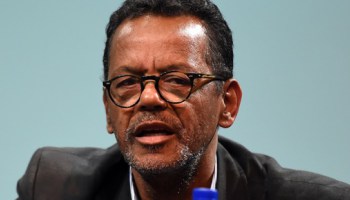 Three SABC reporters have since suspended following their disagreement and disregard of an order not to cover a Right2Know (R2K) protest which took place outside the SABC building on Monday.

This follows last month’s announcement by SABC’s Chief Operating Officer Hlaudi Motsoeneng that the broadcaster would no longer screen videos of destructive attacks on public property or show footage of violent protests where he argued that showing footage of the destruction of property would encourage such actions.

His decision and statement in sighted criticism which heightened this week after footage of the unrest that broke out in Tshwane was not aired on the SABC. The COO argues that the public broadcaster had a responsibility not to place its journalists in danger and also a duty to protect children from images of violence.

The Tshwane protests, launched by supporters of the African National Congress (ANC) against its leadership, have so far seen five people dead and journalists covering the events have complained about being attacked and intimidated by both the protesters and state police.

Robert Mahoney, representative of the Committee to Protect Journalists said, “Attempts by parts of the African National Congress leadership to suppress coverage of protests are deeply worrying and fit into a broader narrative over the past few years of increasing suppression of South Africa’s hard-won media freedoms.”

“Reports of attacks by police on reporters are particularly alarming. We call on the government of President Jacob Zuma to send a clear message that such violence must stop and that all media organizations are allowed to cover the news free of political interference.” He added.

SABC spokesperson Kaizer Kganyago confirmed that three employees had been suspended but declined to divulge any further details.

SABC CEO Jimi Matthews resigned June 27, saying “for many months I have compromised the values that I hold dear under the mistaken belief that I could be more effective inside the SABC than outside.” Below read his tweeted resignation.

Media freedom, media freedom. The media has always the the most dreaded platform by politicians especially towards elections. But this extent should have been avoided. I mean to go on and censor your fellow comrades is not attractive let alone you represent a national broadcaster. Should be the custodians of media freedom and freedom of expression.