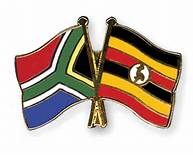 This year’s women’s day marked the 60th anniversary of that historic event when more than 20 000 women marched to the Union Buildings in Pretoria in protest against the pass laws in 1956.

The movement saw women of all races, classes and ages, unified by a common evil of the apartheid era and a conviction that they too, as women, had a part to play in shaping the future of the nation. Their heroic stance proved to South Africa and the world that they too had the courage to stand up against tyranny.

Commemorations were done across the provinces where citizens gathered in celebration and remembrance of women who made and are still making a difference in the communities they come from.

Nkosazana Dlamini-Zuma who is the Chairperson of the African Union (AU) Commission narrated that things might not be rosy now but they definitely are not the way they were before 1956. “Although women of today still face many challenges we cannot ignore the gain the women of 1956 made,” she said.

She went on to add that, “For the fact that today is a holiday shows how special it is, yet what is sad is that some of the women could not live to see this freedom.” Highlighting the selfless nature of motherhood that was demonstrated by women of that time.

Meanwhile, President Jacob Zuma reiterated the need to aid especially women in rural areas‚ as part of promoting the economic development and growth envisaged in the National Development Plan of the country.

“Therefore today‚ we set a new commitment to promote financial inclusion for all‚ especially for women and young people. We invite the private sector to work with us all the way towards this goal‚” said Zuma.

Speaking at the unveiling of the Women’s Living Heritage Monument at Lillian Ngoyi Square on Tuesday President Zuma referred to it as “a symbol of the bravery and patriotism of South African women‚ and a monument to their contribution to the liberation and democracy that we achieved. Their march was not in vain”.

President Zuma concluded by recognizing all the women who have contributed and are still contributing to building South Africa including, “…the factory workers‚ domestic workers‚ farm workers‚ those who work on our roads and every other sphere.

It is because of their heroic achievements that today government continues to work at improving the living conditions of households including those headed by women,” he said.

60 years have passed and significant change can be noted especially at the political level‚ in employment‚ education‚ ownership of homes and businesses‚ the justice system‚ and economic participation, particularly in areas such as legal status‚ attitudes‚ women’s involvement in decision-making although much still needs to be done.

Many women however, still live in difficult conditions with some having to travel very long distances to fetch water, no electricity and lack of proper sanitation in some communities but can still draw inspiration from the march to the Union Buildings in Pretoria against the Pass Law, minority supremacy, inequality, segregation and human rights violations.