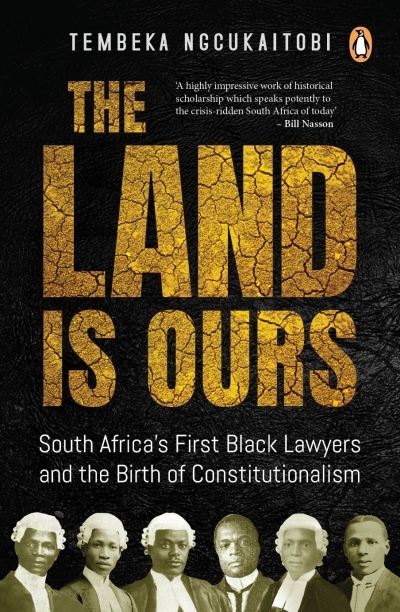 Prof Ruth Hall writes: Political will, not constitutional amendments, will solve land issue. What played out in Parliament this week was historical: the ANC and the Economic Freedom Fighters (EFF) joined forces and called for the expropriation of land without compensation. The motion called into question the constitutional settlement and provoked both triumphal delights, and defensive anxiety as South Africans revert to polarised positions on land and property.

The motion established an ad hoc Constitutional Review Committee, comprised of different political parties, to “review and amend section 25 of the Constitution to make it possible for the state to expropriate land in the public interest without compensation”. But the Constitution already makes it plausible to do so. If it is “just and equitable” that compensation is set at zero, that is permitted under the existing “property clause”. The litmus test is what is just and equal in a given case.

This is a certainty that has been glossed over in the populist push towards condemning the Constitution for political failure. While many praised the unique agreement between the ANC and the EFF, we need to recognise their vital ideological diversity.

In its resolution at its 54th national conference at Nasrec in December, the ANC called for land expropriation without compensation to be “included among the devices at our disposal”, and did so again during the president’s state of the nation address two weeks ago. So the ANC is proposing that the government should have this as one option among others – such as buying on the market, allocating, expropriating and paying compensation.

The EFF interprets “expropriation without compensation”‘ as not just one option for the state, but that it is to be applied across the board. The EFF wants the country to be the “custodian of all South African land”, which is ironic given its own experience of how state power has been used and abused.

State custodianship is an entirely distinct matter from expropriation with or without compensation in specific cases. It is unclear that the two parties can find mutual ground on this. Which land will be affected? The EFF has now said that expropriation without compensation should apply only to rural land (and presumably commercial farmland, rather than to communal areas). Nobody will lose their houses or flats.

Yet, at present, the “property clause” applies to all forms of property – commercial farmland, residential homes, informal land rights and property other than land, including stocks, pensions and bonds, intellectual property and other assets. This will have to be one of the issues addressed by the committee. Would it be lawful for the Constitution to allow different standards to apply between those who own farms versus those who own houses?

The property clause constitutes a robust mandate for transformation: expropriation, land redistribution, restitution and security of tenure, and it explicitly states that no provision can impede the state from embarking on reforms to address historical inequalities.

The notion of a right of “equitable access to land” establishes property rights for those without property. This constitutional framework imposes a positive obligation on the state to provide suitable land and housing for the landless and homeless, allowing them to press their claims, and shape the behaviour of state officials to promote responsive land reform. But it has been an uphill struggle in practice.

The motion in Parliament is about providing higher powers for what the state may do. But given the track record of the past 24 years, it is clear that we have a country that, to make it listen, must be cajoled and pleaded with, repeatedly taken to court, protested against and punished at the polls.

Those whose land claims are still languishing in limbo, the farm dwellers evicted without recourse, the landless pleading for access to farms, the millions living insecurely in informal settlements are concerned with what the state does not do. And what it has not done to date is override private property rights in the interests of the poor and the dispossessed.

In the Mala-Mala land claim case in 2013, I wrote an affidavit arguing that the Constitutional Court should make a finding on “just and equitable” compensation. Advocate Tembeka Ngcukaitobi was the counsel in the case. The purpose was to ask the court to interpret the property clause and set a precedent that could drive down the cost of getting land.

But, at the last moment, then Rural Development and Land Reform Minister Gugile Nkwinti withdrew the case and agreed to settle for the asking price of nearly R1bn. At the time, this was about one-third of the national budget, which went to pay out one white family.

The settlement showed political cowardice and disdain for the public interest and the Constitution. This is the kind of action that makes most South Africans’ blood boil. How can our federal funds be used in this way? It was neither just nor equitable – and it was not the Constitution’s fault, either. It was the decision of the governing party not to use its constitutional powers.

In contrast to this pussyfooting around private property, the government routinely dispossesses poor and black people of their land in informal settlements. Having also failed to secure customary land rights in law and practice, the government has allowed traditional authorities to do so in communal areas.

In my view, changing the Constitution is neither necessary nor sufficient to advance a genuinely progressive land reform process. There may be a union between the ANC and the EFF, but this is a mirage. Yet the current moment offers an opportunity to open up a broader conversation across society. Let’s debate this. What is the alternative to expropriation with “just and equitable” compensation?

Can and should the Constitution say “no compensation” as a blanket rule? Should the land rights of the poor and the rich be treated equally or in different ways? Should the law allow for discrimination by race when land is expropriated? Should it be expropriation with zero compensation for everyone? Or seizure with reimbursement for some and zero benefits for others?

More than half of commercial farmland has changed hands since 1994 – so, should those who bought the property last year be treated the same way as those who inherited land from across the generations? Who should be prioritised for land access?

How are the rights and interests of owners, tenants and occupiers to be weighed up? How can the state be held to account? These are the questions that should animate the debates in Parliament and on the streets in the coming months. The real contest starts now.

At its root, the demand for expropriation without compensation is a demand that white people should not benefit again from colonialism and apartheid. That seems entirely fair. A pro-poor land reform process could have been implemented after 1994 but has not been.

Now there is an opportunity to open up a broader debate about land rights and economic justice. The Constitutional Review Committee will have to seize on its mandate and broaden the discussion across society.

– Hall is a professor at the Institute for Poverty, Land and Agrarian Studies at the University of the Western Cape.

I shall not dwell much on this article and give a thorough review. But this serves to show how the matter has drawn many different feelings and opinions in the country. Either way; there always is a result to see at the end of the day. But what kind will it be this time around?

Being a Zimbabwean and having had witnessed a process like this, Land Reform Program, in the 2000s, my wish is to see smooth operations and fair distribution. It will be sad to see one person owning 21 farms which he hardly visits and never uses, or even knows where they are located. South Africans must take responsibility for the process and make fairness, accountability and transparency priority. Asante Sana.