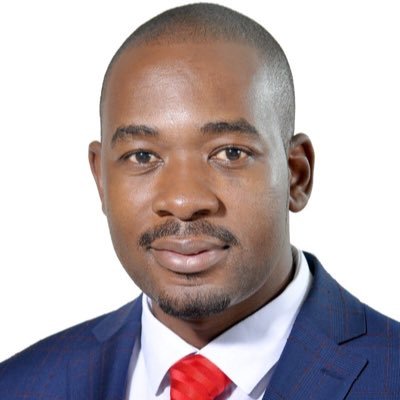 Meanwhile, the newly elected MDC-T party President Nelson Chamisa has thrown to the table his 35 Election Promises at a recent rally held in Chinhoyi. They are as follows:

1. Immediate banning of the Bond note within 90 days
2. Maximum 15 ministers
3. Compensation of those who lost their pensions and Zim Dollar balances
4. Creation of a Sovereign Wealth Fund
5. Development of world-class Infrastructure (Roads, waterworks, Sewage, Bullet trains)
6. Focus on Productivity
7. Focus on domestic tourism
8. Development of the services industry
9. Beneficiation of minerals
10. New Commander of the Defence Forces
11. Protection of traffic offences prosecution by a camera on the roads
12. Regular allowances for Traditional leaders
13. Improved working conditions for Teachers
14. Improved transport for Police Officers
15. Transparent Land Audit and allocation of title
16. From command Agriculture to Smart Agriculture
17. Opening of new international markets for Agricultural produce
18. Election reforms – No to Nikuv
19. Stiff penalties for corruption ( 30 years and above)
20. President accountable to Parliament
21. 65 years limit of Civil Service, then retirement
22. New Culture of Governance. No more political food distribution.
23. An end to nepotism
24. Civil servants salaries to be improved
25. No more bank queues within 14 days, not 90 days
26. From indigenisation to localisation
27. New District Planners to drive rural development
28. Introduction of a Solar Regime
29. $14,9 to be raised for Infrastructure rehabilitation
30. The exploitation of 60 minerals ( Methan and Natural gas included)
31. From vendors to entrepreneurs
32. Creation of Millionaires
33. Improve access to public spaces for the disabled
34. Compensation of War Veterans
35. Bilateral arrangements for excess capacity skills

Interesting. But how practical. Nelson is talking fast and saying as much as he can (and seeing what sticks) but how far will this see him win this election? Anyway, #thatsitonthat.