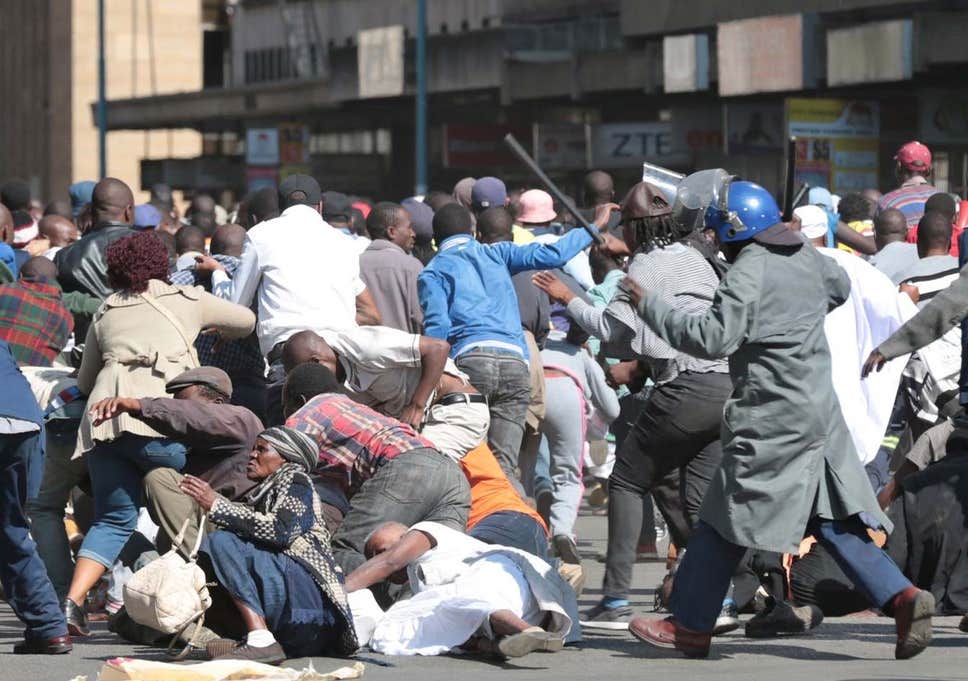 Zimbabwe’s GDP drastically dropped in a matter of a few years. That led the Robert Mugabe regime to adopt some reforms, which were later walked back as economic conditions worsened. This didn’t work either. Lest we forget: the country is in this state because the government and its politicians spent more than what it could possibly get from taxes. So they ended up borrowing and borrowing until they couldn’t pay back the loans. Then they started to print money. It didn’t work either so they loaded the burden on taxpayers. Who then are the bullies, bots, and trolls?

Today, like then, experts recognize that if Zimbabwe does not adopt genuine political and economic reforms, the results will be disastrous. There have been attempts to open the economy to foreign investment but an opaque legal framework, inconsistent enforcement or rather a consistent use of brutal military force on civilians, as well as the government’s fear of losing control, has made this hope a fruitless dream.

Talks and rumours of someone who can lead the people into the uncertainties of an open economy and democracy are everywhere on the streets, in homes, schools, markets, everywhere. Evidently, day-to-day life for Zimbabweans is getting harder. Wages are stagnant; 80 per cent of food is imported as if we don’t own land to produce our own food, and the average citizen has trouble getting bread, cooking oil, sugar and other basics. Agriculture is in such bad shape that Zimbabwe now must import foodstuff, she who was once the breadbasket of Africa.

There is no banking system to support young people who wish to start businesses (entrepreneurs) but serious restrictions on creating and running your own company. As we speak, with little to no access to capital, Zimbabwe’s macroeconomic outlook is also bleak. All of this creates pressure. Will the government act? No one knows. For the first time since 1980, Zimbabwe is ruled by someone other than Robert Mugabe.

Although President Emmerson Mnangagwa is a Zanu PF loyalist, his relative youth (76) compared to his predecessor and his need to prove himself as Zimbabwe’s new leader gave some experts hope that he would try to adopt much-needed reforms, there has been nothing much to write about except countless foreign trips and military havoc in the country.

Meanwhile, across the nation, there are signs of a restive younger generation, one impatient for improvement. The government itself is currently under pressure to encourage foreign investment. However, Zimbabwean law currently limits foreign ownership of joint ventures to 51/49. For example, want to build a hotel? okay. You put up 100 per cent of the hard currency, and the Zimbabwean government immediately owns 51 per cent of what you build.

Central to the debate: How do investors trust the government not to renationalize assets as they’ve done before? Is there a place for bullies, bots, and trolls if we are to move forward? No one can do the heavy lifting that a country’s government must do to replace a failed system with something that actually works, but we could at least move beyond old thinking and let the younger generation pave a new path.