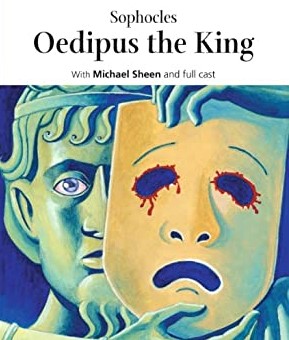 Oedipus The King is a story that keeps the readers at a cliff-hanging position, revealing the strength of time to unveil the truth. One will find a complete journey of the protagonist - requisite to feel immense grave pity.

Firstly, one should consider his being ignorant as a negative factor which had ripple effects. Oedipus is a fiercely self-assertive man throughout the play. Even when his wife and the prophet Tiresias insist that he abort the operation, he freely chooses to initiate the chain of events which eventually reveals his fate to him. Thus, it is evident that he is responsible for his ultimate downfall, which he ignited through his ignorance and stubbornness.

Moreover, his conflict with Tiresias and his insulting the gods can be seen as a result of his rashness and hostile nature. This trait is chiefly witnessed in his quarrel with Tiresias when he Tiresias reveals to him that “the accursed polluter of this land is you” (421). Here Oedipus outrages instead of enquiring further and see how, if they could, compromise with such a situation at hand. He rashes to make assumptions and accuses Creon of plotting with Tiresias to discredit him. This thus resulted in conflict and conflict between himself and his kinsman as well as Tiseas the prophet. So, one concludes that Oedipus the king is to blame for such outcomes.

Furthermore, he can be held responsible for bringing this curse to Thede kingdom through his unyielding character. He argues with fate, where he asserts to start his own life in which what he was told would happen will not happen. But in this process, he got the Thebes into his cycle of running away from his fate. He even did this with a self-centred knowledge that “a man doe not have to accept an unwelcome fate weakly.” He thus lives thinking that he is fleeing, but he is running to meet his absolute fate and lands a plague upon the Thebes. Hence his refusal to accept and comply with fate causes disastrous consequences or calamities at the centre of the play. So we can safely say that he can be held responsible to a greater extent.

Moreover, his self-righteous character makes him adamant, and he refuses to attend to what others have to say. And in this freedom,” he sets in motion a chain of events which he accepts full responsibilities and even as disaster looms, he continues as before, not flinching or assigning blame or tasks to anyone else. Even after learning the truth, he takes full responsibility for his banishment. Again, this shows his determination to shape his life, not by following someone else set of rules neither does it show any awareness of something more significant and more critical forces than himself. Thus, his willingness to compromise at any point being his subsequent.

From the above, one sees in him as an enormous ego which brings a certain narrowness of vision which has no room for ultimate opinions as dissenting. He could have thought of compromising after realising such fate, but he chose to continue with his self-rule. He also could have learnt from experience to accept the mystery of destiny and aligned himself with fate, but he decided to defy it. And this points at him as the one responsible for calamities at the centre of the play to a greater degree.

However, Oedipus as a character is revealed as a man, a king with people at heart. This is seen through his zeal and concern for the well-being of the people. He is acknowledged as the “best of men, the most knowledgeable the most successful and in many ways the best-intentioned, who sets out to save his city. Thus this shows that, among other positive traits that he has done nothing by any standard of conventional moral it to merit such fate. So he is not responsible for the calamities, but they are a result of fate imposed upon him by the gods to a lesser degree.

Moreover, though it is, to a lesser extent, Oedipus the king can be said to be not responsible for the calamities at the centre of the novel. Here, one should consider the role of fate. Sophocles even claims that this concept of fate implies that “most important forces which create, shape, guide, reward and afflict human life are out of social control.” So, from this, we can see that there was nothing Oedipus could do to alter the happenings in his life. Thus he cannot be held entirely responsible for the calamities at the centre of the play. Still, the inevitable fate and prophecies, which also reflected in his nature, can be seen as responsible.

From the above presentation, one could thus posit the evaluation that Oedipus can be held responsible for the calamities to a greater extent. Other personal determinants in this view include self-righteousness, pride and ignorance among other individual negative traits. However, other factors had a lesser impact or are not significant influences for the calamities at the centre of the play.

Those who have read the book would agree with me that this is a super read. I hope you enjoyed my attempt at tackling the question: to what extent could the tragic hero be held responsible for the calamities at the centre of Oedipus. I tried to be as balanced as possible. Let me know your thoughts in the comments below:). 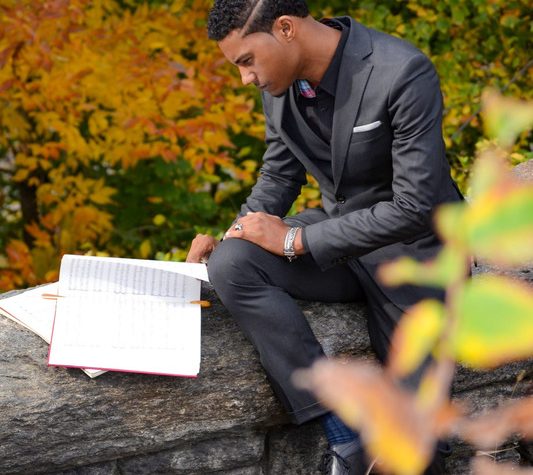 Why I love Reading: The Reader In Me (PART TWO)

The Reader In Me (PART ONE)