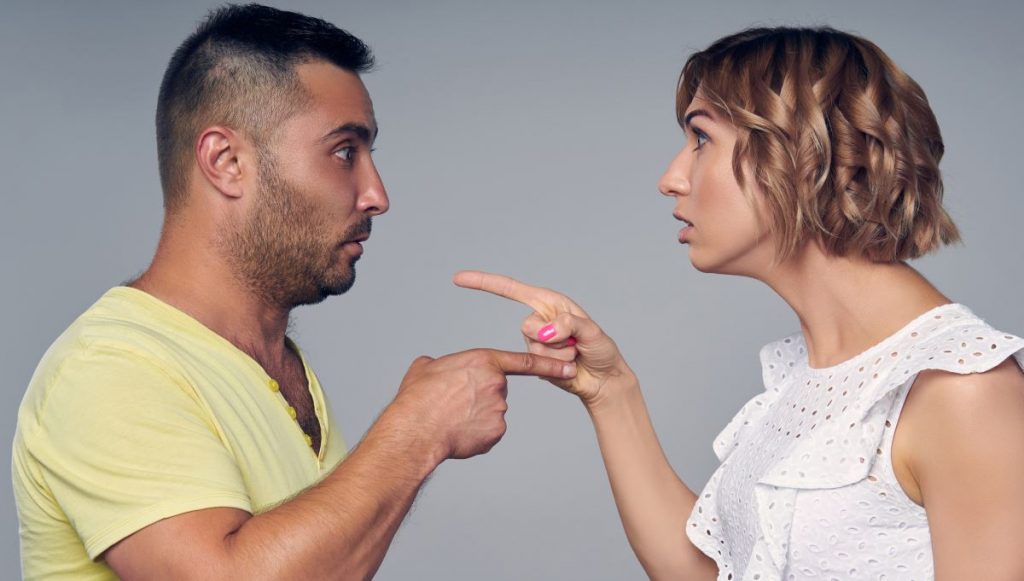 There are times when it’s important to know whose fault it is. Like finding out who pissed on the toilet seat or like when engaging in chemical warfare. But then in most of the cases of our lives, it’s an unnecessary distraction. And it’s based mostly on ego gratification and little on actual life improvement. What’s done is done. Accept it and move on.

Picture this. You’re babysitting two kids – maybe it’s your siblings. And they’re running around pushing each other and doing usual annoying kid things. Then suddenly you hear a bang. You dash into the room, the 5 billion dollar ornament that Grandma made with her bare hands during the liberation struggle was knocked off a table and broke into a thousand pieces.

What’s next? The two kids instantly point to each other and blame the other. They present their claims. They start complaining and cutting each other off. Let’s say one of them seems to have a more believable story. Say one of them is a little bit violent and you have a feeling that it’s probably his fault anyway. What do you do?

Nothing. You either punish them both or do nothing. None of this changes the fact that both of them were running around and being reckless around delicate objects. None of this changes the fact that apparently, both were behaving negligently enough to cause destruction. It also doesn’t change the fact that the vase is broken and is never coming back. One could even argue that it’s your fault for putting such a valuable item in a vulnerable place around kids, yeah you not-so-wise adult.

We spend a lot of our time and effort looking for whose fault something is, even when it doesn’t matter. You order a cod at a nice restaurant that is undercooked and sucks. You want to blame the chef, so you call the manager over and go on a sermon. But then who knows, maybe the cod was poorly prepared by the sous chef, or the manager himself didn’t store the cod correctly the night before. Or perhaps they tried buying from a terrible supplier. Or maybe there’s an imperfect system of communication in the restaurant, and so misunderstandings are prevalent, and this affects how the food is prepared. But no, the chef sucks. Fire him.

As humans, we all enjoy a scapegoat; we need a scapegoat. You see this most often with the government. An entire bureaucratic system may be causing continuous waste and incompetence. So what happens then? A few people get fired or at least blamed, and the system continues. The public is satisfied. Someone is blamed and punished, so everything must be right again right? Wrong.